When most people think of drones, they tend to think of a consumer level product which allows photographers, real estate agents, and cinematographers to capture amazing images and video.

While drones have reduced the need to take to the skies in an expensive helicopter or fixed-wing aircraft to get beautiful images, those applications only scratch the surface of their capabilities.

With rapid advances in technology and regulations, drones are bringing the benefits of aerial image capture to a range of industries and applications, in particular infrastructure management and maintenance.

Where once inspections of infrastructure – whether for progress updates during construction, maintenance checks or damage evaluation after a weather event – required significant manpower, time and finances, drones now provide engineers, infrastructure construction and building operations/facilities management organisations with access to highly detailed imagery and data about their projects quickly and cost-effectively.

There are two key areas where drone inspections are having an impact: data collection, and the capacity of the software for data interpretation and analysis.

Drones are capable of providing far more than pretty pictures for real estate. High resolution 3D Models can be captured and generated from the data, allowing for review and comparison of a site over time to look for changes.

1. Using Drones For Inspection And Monitoring

While critical, conducting regular detailed inspections of infrastructure and monitoring performance can be a time-consuming and physically demanding task.  Using drones for inspections makes this task faster, safer and more cost effective in a number of ways.

Drone technology is enabling infrastructure inspections to be completed in a safer way. This is particularly true of vertical assets such as broadcast towers where people have previously been required to climb the structure to conduct an assessment, where infrastructure is close to electrical wires, or on offshore structures where inclement weather presents a challenge. As an unmanned piece of equipment, drones remove the risk of injury that comes with working at heights.

Drones can be up in the air far more quickly and inexpensively than helicopters and light aircraft and can cover more area than humans in a short timeframe. This results in a significant reduction in inspection costs and time, enabling more frequent inspections to be made in remote areas, during construction or disassembly of infrastructure, and for long-distance infrastructure such as pipelines and waterways.

Often, Original Equipment Manufacturers (OEM’s) will place time-based lifecycles on components of different assets, stipulating that these individual components must be inspected, or replaced at certain intervals. In the real world, components age at different rates depending on usage, location, meteorological conditions and other real-world factors. This can mean that components within the infrastructure may have months, or even years of functionality left in them, but without detailed inspection and recording of data, it’s hard to know exactly how long. Conversely, infrastructure may have ‘aged’ more quickly than expected.

Drone inspections use ultra-high-resolution image capture devices, together with technology such as LiDAR and thermal imaging, to collect detailed data on a single flight. This data allows companies to undertake a complete assessment of the asset’s condition quite quickly. Assets can then be compared against their proposed lifecycle and data from previous inspections to see if remedial or preventative maintenance is required. This can add many years of life to a critical asset, as well as preventing the unnecessary capital expenditure of replacing a component before its useful life has ended.

2. Visualisation And Analysis Of Drone Data

It is important to remember at this point, that we aren’t only talking about the drone hardware here, but also the analysis software.  The most important way drone technology can add value to an organisation is how it can be used to present, visualise, display and manipulate data, and how it allows humans to interact with that data.

Humans tend to be visual creatures, evident by the rise of dedicated video and imagery social media platforms. Presenting and analysing data from drone inspections is no different – we’ve all drawn a diagram to explain a complex, figure-heavy concept before.

Advances in open source software for computer vision, closely followed by proprietary products are allowing amazing levels of detail to be captured and then reconstructed, meaning that any type of asset can now be rendered as an extremely high-resolution 3D Model. This model can now be navigated, annotated and viewed and, most importantly, interacted with on a digital platform.

It is now also possible to map physical asset attributes to digital attributes and then apply interactivity to the model. Multiple assets and asset classes in a certain hierarchy can now be viewed visually on a 3D model for easier comparison. The benefit is that instead of working from Excel Spreadsheets or SQL tables, employees can work from visual models that give them a real-world experience of the asset(s), enhancing decision-making and forecasting, and speeding up their work.

It also has long-term implications in that a catalogue of inspection data and images can be created to assist in creating preventative and predictive maintenance plans and conducting engineering analysis.

What’s Behind The Change?

In 2016, Goldman Sachs Research predicted that there would be a $100 million market opportunity for drones, supported in large part by the growing demand from the commercial and civil government sectors.

This uptake of technology is being driven largely by incredible technological advancements to drone hardware in terms of size, endurance and the sensor equipment which the drones can carry, in addition to major software improvements in the way that we visualise and interact with spatial data that drone inspections can capture. Couple these advancements with emerging technologies such as deep learning, and IOT, and the ease with which data and imagery can be captured and analysed and it’s not hard to see why the infrastructure, building operations and engineering sectors are embracing these changes to their working landscape.

A Final Word On Drone Inspections

You may be questioning whether this all means that roles within the infrastructure management sphere will be made obsolete. We don’t believe so. As with emerging artificial intelligence technologies in many sectors (for example, payroll processing, e-commerce, customer service), roles will be redefined and enhanced by the technology rather than replaced by drones.

Manual inspections and data collection work will be taken care of by drones so that people can do what they do best – detailed analysis, decision making, planning and negotiation. The challenge is not so much in incorporating these technologies but in keeping up with the pace of development and navigating the changes to regulations for their use.

The Future Potential Of Drone Inspections 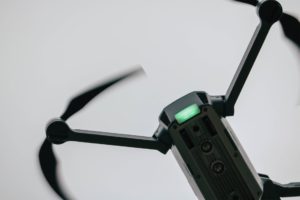