DJI, the world leader in unmanned aerial vehicle technology has announced the launch of its first crop-spraying agricultural drone.

The DJI Agras MG-1 is an octocopter designed for the application of liquid pesticides, fertilisers and herbicides, bringing new levels of efficiency and manageability to the agricultural sector.

The DJI Agras MG-1 is dust proof, water-resistant and is made of anti-corrosive materials. It can be rinsed clean and folded up for easy transport and storage after use. The eight-rotor Agras can load more than 10 kilograms of liquid for crop-spraying and can cover between seven and 10 acres per hour.

It is over 40 times more-efficient than manual spraying.

The combination of speed and power means that an area of 4,000-6,000 m² can be covered in just 10 minutes, or 40 to 60 times faster than manual spraying operations.

At National Drones we believe that agriculture will be a major area of growth for the drone industry due to the technology’s ability to help survey crops and gather real-time information on farmland, and while agricultural drones may not capture the imagination in the same way as drones that deliver parcels or shoot 4K images, they do stand to have a large impact on agriculture.

Crop dusting and seeding has been carried out by aircraft for some time, but we are starting to see autonomous and high tech unmanned drones emerge as highly effective tools for the job. 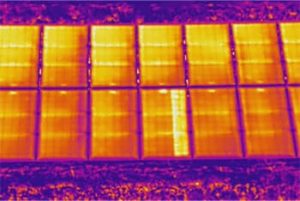